Nigüelas, village of the slow

Rosan Kremers in Spain
Early this year the Millse Rosan Kremers moved with her family to Nigüelas in Spain. A village at the foot of the Sierra Nevada, not far from Granada.

Together with her husband Christoph and their three year old daughter Poppy she starts a hotel and restaurant there. On Wednesday the 8th of April Rosan gave birth to their son Pablo.

"We are doing very well," Rosan said in MossTime. "We had to stay in the hospital for a while to observe Pablo, but he drinks well so everything is fine." That stay in the hospital was different. "What immediately struck me is that it was very empty. Parking spaces were empty, everyone was wearing mouth caps and gloves, the reception staff were sitting behind glass, but even on the ward itself I had very little nursing in my room. During the delivery itself there was one gynaecologist with me. Everyone else stayed at a distance. Even during childbirth I kept a mouth cap on. Although I did lose it somewhere during the process. It was a completely different experience than last time."

Rosan and Cristoph lived with their daughter Poppy in Ostend, Belgium, until the end of last year. In Spain they bought Alquería De Los Lentos (abbreviated to Los Lentos), an agroturismo. This means that the buildings and land used to be used for agriculture. Years ago it was converted into a hotel with 14 bedrooms, a restaurant, bar, swimming pool and hammam. "There was still some work to be done, but all the major works are behind us. The contractor is still working on it now, but he is doing it alone. You're not allowed to work with staff here now. Luckily, my mother-in-law and her boyfriend are also here now. He's a painter. A friend of his is also here and he's a carpenter. They're in the hotel and they're working very hard now. Christoph is also often at work there."

It is also a special time in Spain. "I don't really notice much of it myself. Together with Poppy I've been in here and in our garden for 4 weeks now. I haven't left the gate. But I hear from Christoph that it is quiet on the street and in the village. He now does the shopping and is at the hotel to follow the construction work. By the way, you're not allowed on the street without a reason. Everything is closed except health care and supermarkets. From this week on you are allowed to work again, so a number of things will open up again.

When the holiday home and restaurant of Rosan and Christoph will officially open its doors is not yet known. "We were supposed to open on Saturday, May 2, but that's not going to be him. Also my parents (Annie and Henri Kremers) would be here now, but that is not possible either. It's a pity they can't see the baby now. We hope it will all be possible again soon". 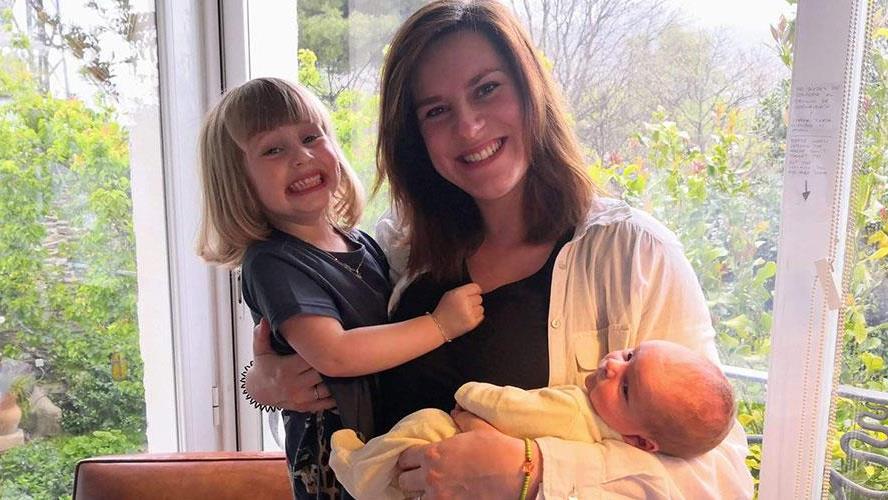